The Bioenergetics of Vocal Roles in Contact Calling Behavior

Mobile animals that form stable social groups face the energetic challenge of maintaining contact with group members as they move about the landscape. In these species, acoustic communication appears to be the most effective mechanism to maintain cohesive groups. In fact, mammals living in complex societies are known to produce social calls that provide information on location, identity and group membership. We study the bioenergetic costs and benefits of social communication in the context of daily energy expenditure  and the importance of social roles foraging efficiency in the Sphix’s disc-winged bat (Thyroptera tricolor). 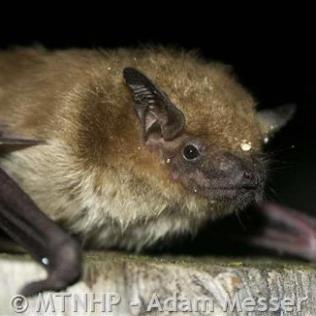 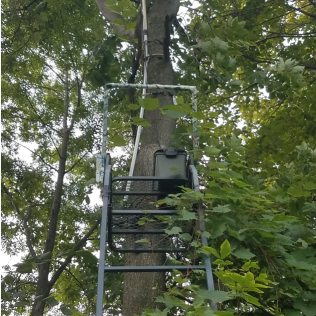 New York is the second largest producer of apples in the United States. Conventional farmers reduce pest damage using pesticides. However, in addition to high economic costs, pesticides are toxic and decrease natural enemies and pollination services. Thus, many farmers have opted to use organic systems, but they experience higher crop damages. Bats can suppress nocturnal insects, however, because this is not an obvious service, their value is not placed on its magnitude. We this study. we aim to monitor presence of bats and their diet in apple orchards, to estimate their pest-control economic value.  With this information we want to bring awareness about economic significance of protecting local bat populations. 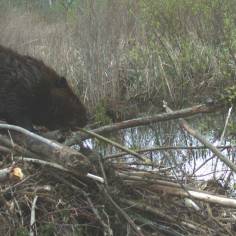 The Northeastern United States presents extreme weather conditions that can challenge local species survival. Due to harsh and long winters in the area, populations of species able to adapt to these conditions, need to modify their foraging behavior in order to maximize energetic returns.

-The Southern flying squirrel (Glaucomys volans) is found in the Eastern United States. In winter, G. volans populations inhabiting the northern most part of their distribution experience extreme shortage in food availability. In the lab we study the effects of different environmental factors and seasonality on G. volans foraging behavior.

-Multiple studies have demonstrated that aquatic and terrestrial animals respond differently to seasonal changes in resource abundance. However, less attention has been payed to species that utilize more than one environment, such as semiaquatic animals. In our lab, we study the foraging behavior and activity of the North American beaver (Castor canadensis) and the effects of seasonal variation in resource dispersion and abundance.